MOREDUN MAGNIFICENTLY HOST NSA AGM AND BREED FORUM:It was a great pleasure to spend two days at the Moredun Research Institute this week, with Moredun acting as host for both the NSA Breed Forum on

Wednesday (21st August) and theAGM yesterday (22nd August).The AGM yesterday saw the Trustees Report and Statement of Accounts for the year ending 31st December 2012 formally adopted, plus His Grace the Duke of Montrose (pictured left) and David Croston elected to stand for another 12 months as President and Honorary Treasurer respectively. A new feature of this year’s AGM was a new ‘Activity Report’ to complement the Trustees Report. This provides a succinct summary of recent NSA work and can be found on the NSA website, with the Trustees Report and Statement of Accounts.

The AGM was followed by a presentation by Dr Colin McInnes, Moredun’s Head of Vaccines and Diagnostics (pictured below), who provided a whistle stop tour of Moredun’s 90-year history, including the identification of 18 new animal diseases, the characterisation of 23 and surveillance of 36, plus the creation of 11 vaccines (including Heptavac) and 12 treatment strategies. Another vaccine would soon be available in Australia for Haemonchus contortus (the Barber’s Pole worm that is seen in the UK but is rife in Australia, South American and South Africa), he said, and the same technology was being used to develop a vaccine against Teladorsagia circumcinta (the brown stomach worm that is very prevalent in the UK). Of

course the question was asked about when a liver fluke vaccine might be available, but Dr McInnes said the research was at such an early stage that Moredun did not even know if a vaccine was possible to create, let along how they might develop one.

Three other Moredun scientists spoke the day before Dr McInnes, at the NSA Breed Forum on Wednesday. The Breed Forum is held twice a year for NSA-affiliated breed societies, and this most recent forum set an incredibly high standard in terms of quality of speakers and range of topics. Dr Mike Fontaine discussed the frustration of developing a caseous lymphadenitis (CLA) vaccine but being unable to find an animal health company to take it through to licencing and manufacture; Dr Keith Ballingall spoke about the future possibility of finding gene markers linked to specific disease, to aid selection of ewes and rams to breed from; and Dr Chris Cousens spoke about how ovine pulmonary adenocarcinoma (OPA or jaagsiekte) had alluded Moredun in terms of finding a vaccine, but that development of diagnostic tools was positive and on-going. In addition, the Breed Forum also featured a healthy debate about the balance between breeding sheep for the future while retaining the diversity of genetics we have in the UK, plus an excellent update on scrapie from SRUC’s Brian Hosie. A note from the Breed Forum will be circulated to breed societies, when copies of the speakers’ presentations will also be available online.

You will be aware that as a NSA member you are also automatically an association member of Moredun. As well as supporting the vital research work that Moredun does, this also means you regularly receive Moredun factsheets with Sheep Farmer magazine. In fact, a factsheet and the Moredun annual magazine with be distributed with the forthcoming edition of Sheep Farmer. We hugely value this partnership with Moredun, and also thank them for their tremendous hospitality this week – all the staff were incredibly helpful and the speakers were superb.


TRIP TO NEW ZEALAND REVEALS IMPACT CHINA WILL HAVE ON GLOBAL LAMB SUPPLY: One of the conclusions from the Eblex-organised fact-finding trip to New Zealand last week, which NSA Chief Executive Phil Stocker participated in, is that the increasing appetite in China for higher value cuts of lamb is likely to have a significant impact on global supplies. Nick Allen of Eblex says: “New Zealand now has open access to the China market and it is creating a lot of opportunities for them which they are naturally excited about. There is a huge demand for sheep meat there and it is not just the cheaper cuts as may traditionally have been the case. With a 1.4 billion population, it doesn’t need a huge percentage to have rising disposable income to see that the potential demand for higher value cuts is significant and this will impact on supply. This increased demand from the Far East will influence the global supply of lamb as New Zealand looks to take advantage of that market – something we cannot yet do. It means we could potentially avoid an unusually high flood of lamb cuts into the UK from New Zealand, as we got over a short period late last year. However, we need to work closely with our colleagues in New Zealand to try and anticipate spikes and troughs in supply caused by adverse weather patterns, among other factors. We must work harder to develop the sustainability of our industry, while continuing to push for market access in countries we cannot yet sell into, including China.”

To this end, the group that travelled to New Zealand have committed to workly closely together in the future and communicating regularly. Eblex has also secured a dedicated representative in Beijing, through the China-Britain Business Council (CBBC) Launchpad agreement, to further work towards market access there. And the Global Sheep Meat Forum, to be held in Brussels later this year, will provide another opportunity to continue the discussions on price volatility. Phil says: “This trip was invaluable in both the UK and New Zealand sheep sectors learning more about the industry on both sides of the globe. Building closer relationships gives us the chance to complement and learn from each other, recognising that we are all part of a global farming community that can add value and improve efficiency by working together. While our countries are very different in terms of climate, populations and pressure on land, the challenges of profitability and increasing efficiency within the boundaries of good environmental management are shared.”

STOCKING DENSITIES UNDER SCRUTINY IN SCOTLAND: As written about in last Friday’s Weekly Email Update, office holders from NSA Scotland spent Wednesday (21st August) visiting farms in North West Scotland to discuss stocking rates. The Scottish Government is keen to use a stocking

rate to define ‘active farmers’, so only farms that reach a minimum stocking rate can claim a Single Farm Payment – however, debate over what that stocking rate might be is on-going. The trip on Wednesday was looking at farms that would be ineligible for a payment if the minimum stocking rate was set at 0.06 or 0.09 (figures currently being considered). George Milne, NSA Scotland Development Officer, was accompanied on the trip by Sybil MacPherson, NSA Scotland Chairman, and John Cameron, NSA Scotland President (pictured). George says: “We travelled from Lairg to Tonque (see map) and on most of that road up into North West Scotland there was really 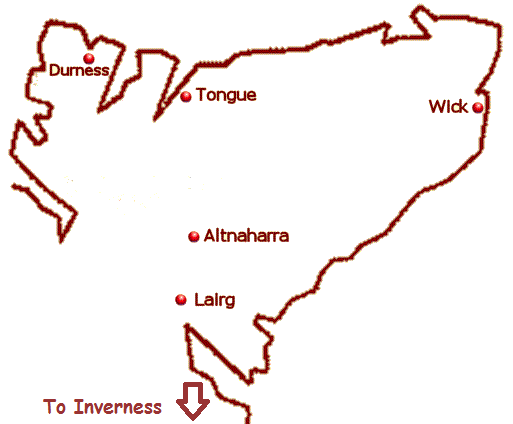 little sign of any sheep left at all. We saw farms carrying only 0.02 livestock units per hectare, and this restriction was partly because of SSSI status and other environmental stipulations. Looking at the size of the area I think they really need to reconsider how environmentally specific they need to be. It was clearly evident that there were huge areas of land which was totally abandoned and producing little to no environmental benefits because of a lack of management.” NSA Scotland continues to believe there should be a fairly high stocking density in order to have sufficient activity to trigger a payment, with an appeals process for farms with a justifiably lower stocking rate.


SCHMALLENBERG MEETING ORGANISED FOR CENTRAL REGION: NSA Central Region and Bagshaws Livestock Auctioneers have joined forces to hold an open meeting about Schmallenberg next week – Wednesday 28th August. NSA Central Region members are all welcome, and are encouraged to invite friends and neighbours too. Speakers will include a veterinary advisor from MSD Animal Health and a farmer who was affected by the virus last lambing time.


PARASITE FORECAST AVAILABLE: Check out the NADIS website for their latest parasite forecast. It looks at PGE in lamb and liver fluke, reminding us that while the dry weather will have reduced snail populations, the fluke burden was so high in the first place that the risk is still very high.


MAXIMISE THE VALUE OF YOUR STOCK, SAYS HCC: With 16% of lambs livers in Welsh abattoirs condemned during May for liver fluke – a figure four times higher than the same month last year – Meat Promotion Wales (HCC) is urging farmers to get important information from their abattoir. It also says the same of auction markets, arguing that a proactive approach to understanding the current market requirements would benefit the whole industry and ensure more than 57% of sheep meet the market requirements for fat and conformation classification. As well as liver fluke and carcase specification, John Richards of HCC says other ways to ensure farmers maximise the value of their livestock include good handling facilities and handling techniques to prevent bruising or injection abscesses, and buying rams with good EBVs for the traits required in your business. 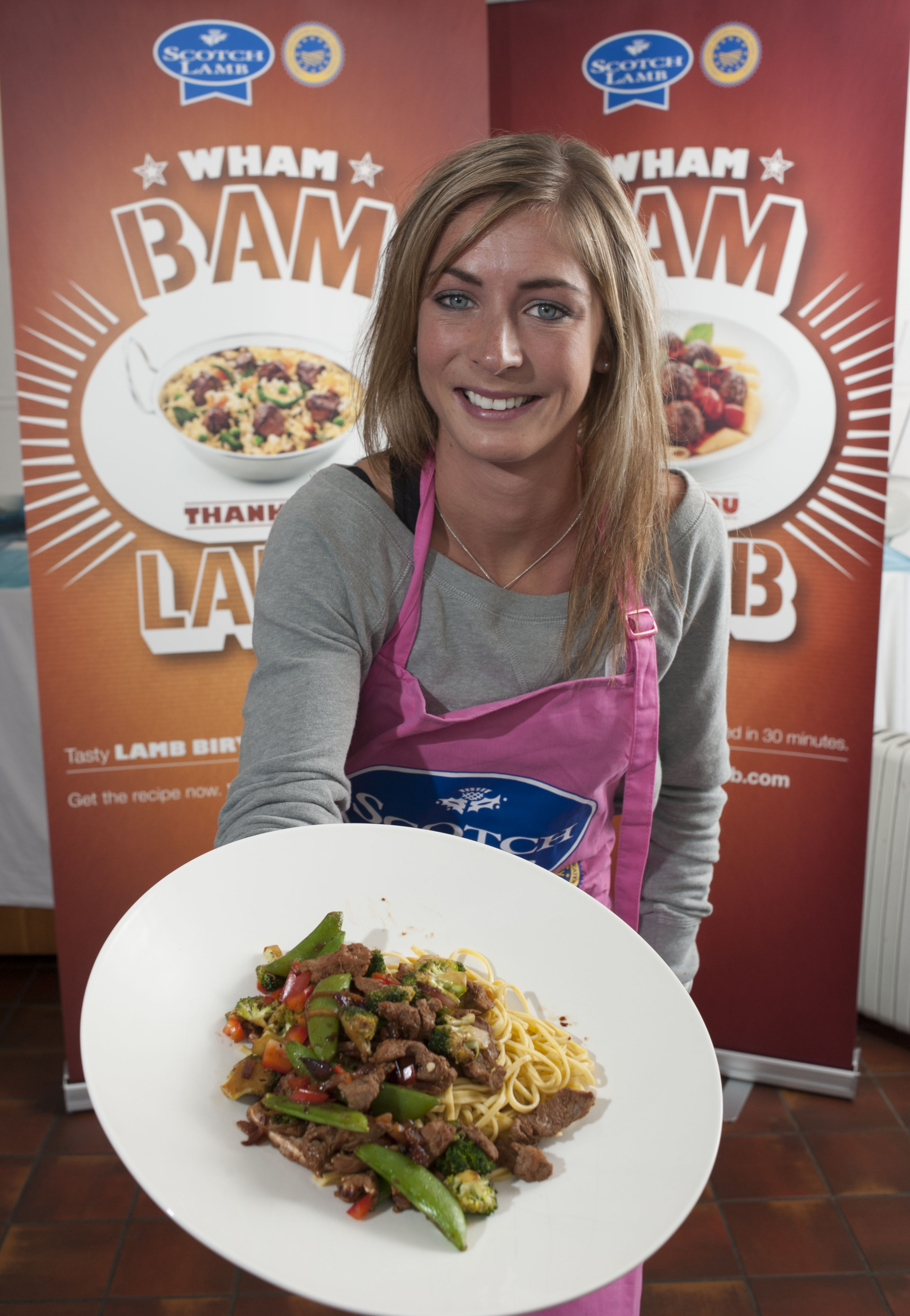 waslaunched on Wednesday (21st August 2013), aiming to firmly establish lamb’s credentials as easy to cook, versatile and a perfect ingredient for Scots’ weekly shopping lists. The six week campaign will include prime-time radio adverts as well as print advertising and a new website featuring six ‘how to’ videos showing how quick and easy cooking with lamb is. The Scotland-wide campaign, which has been partly funded by the Scottish Government, will see brand ambassadors tempting consumers with lamb recipes in retailers around the country, including Asda, Tesco, Sainsbury and Costco. It will also feature billboard advertising displaying six colourful new adverts. Eve Muirhead, 23-year-old world champion curler, is pictured here in support of the campaign. 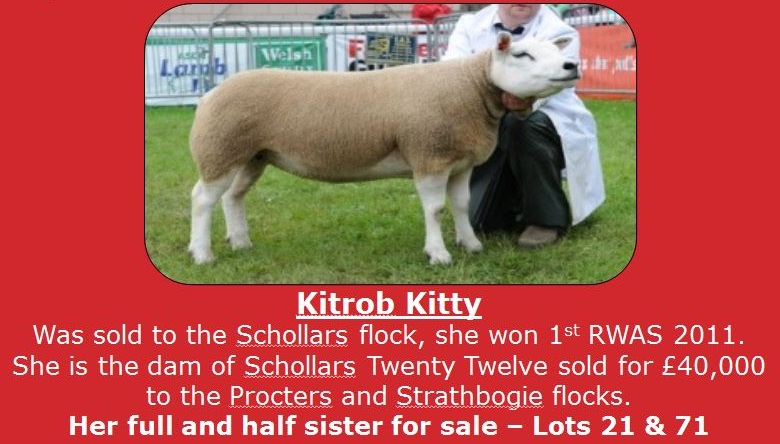